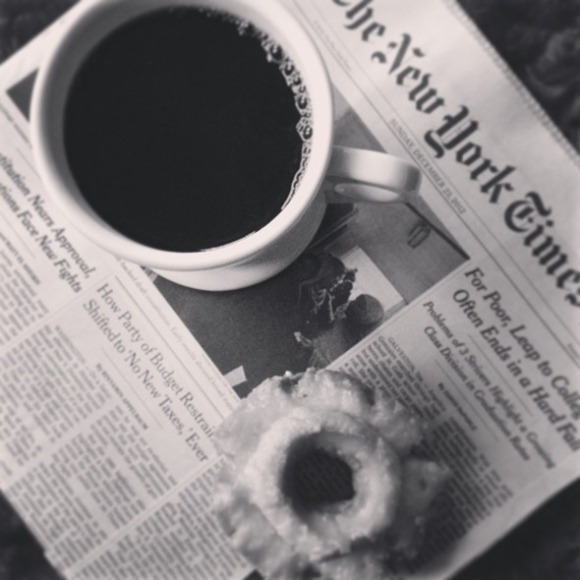 It is Sunday morning and I am drinking coffee and waiting for the New York Times to arrive on the porch. I open my computer to see what’s happening on email and Facebook. A friend from high school has posted another article about the firing of Times editor Jill Abramson and I am reminded of a conversation I had last night with my husband about this topic. When the Abramson story first broke I reserved judgment thinking there’s always more to it than the simple narrative. But days later and with lots of journalists keenly interested in finding out what really happened, it doesn’t seem like much more than those old boys just didn’t like her.

It really probably is as simple as that. They didn’t like her for reasons that are deeply embedded in who they are and how they see the world. They can justify it with examples, but I think the truth is they didn’t like a strong woman who is competitive and doesn’t care if people like her. This is something that liberal progressive politics cannot talk them out of.

I could just say, damn that’s sexism. If she were a man they wouldn’t hold her to the same standard. And then I’d move on to the next story. But this morning waiting for my newspaper, suddenly I feel sick about it.

Walking to the porch to see if the paper is there, the girls in Nigeria come to mind. Somehow this seems related. The men kidnapping them as though they were objects to be stolen. News media and politicians rising up in protest. The slogan: Bring back our girls. I heard a story on NPR recently about people in Nigeria feeling glad that the world was suddenly paying attention to their plight with Boko Haram, but also wondering why it took this incident with the girls to get them to notice. A report last November from Human Rights Watch showed that Boko Haram routinely abducts women and girls and uses children as young as twelve to fight as soldiers. The group has been terrorizing and killing people in the region since 2009.

I am glad the world is paying attention to what is happening in Nigeria and like everyone else I am horrified at what happened to the more than two hundred girls. I hope sincerely that they are returned safely to their families and communities. When I first heard about it, I thought of their parents and my heart sank with fear and grief.

I wonder if it were a group of boys kidnapped to be soldiers, would the world respond in the same way? I have two boys and their innocence and hopefulness for the future is no different than any of the terrific girls we know in our community. Last February, an attack by Boko Haram in the middle of the night at a boarding school killed twenty nine boys, many of them burned to death. We didn’t hear much about it.

In Buddhist writings about feminism, the interesting topic of essentialism is raised. In this short article in Tricycle magazine, the author quotes Nancy Baker, a professor of philosophy at Sarah Lawrence College. “There’s a strong streak of anti-essentialism in feminism, just as there is in Buddhism,” says Baker. “It is the understanding that something like gender is not fixed or absolute, that not all women or men have some masculine or feminine essence that defines us. To put it in Buddhist terms, gender has no ‘self-nature.'”

Wouldn’t it be better if we could let Jill Abramson do what she does well (the paper won eight Pulitzers under her leadership) and let her be herself without fear of losing her job? And wouldn’t it be better if we felt the call to action as much for those young school boys who lost their lives in Nigeria as much as we do for the girls who are missing? How are we serving ourselves or each other with these notions of gender? Maybe I’ll think about that today instead of reading the newspaper. Which, by the way, never came.

I am a writer and editor in Seattle, Washington. I live with my two children, my husband, and our surly cat. END_OF_DOCUMENT_TOKEN_TO_BE_REPLACED
This entry was posted on Sunday, May 18th, 2014 at 11:26 pm and tagged with Boko Haram, Bring Back Our Girls, Buddhism and feminism, Jill Abramson and posted in Uncategorized. You can follow any responses to this entry through the RSS 2.0 feed.
« What She’s Given Me

7 responses to “Keep Your Paper”